Serving the Boulder Community Since 1997 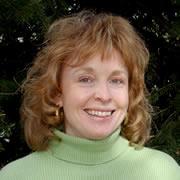 Dr. Ray is a native of Colorado and is proud to still call Colorado home. Inspired to go into holistic health care and treat the cause of problems rather than symptoms, she began her career in chiropractic over 22 years ago.

She received her B.S. degree in Kinesiology from the University of Colorado, Boulder in 1990. In 1993 she started chiropractic college at the University of Western States in Portland Oregon and graduated in 1996. She assisted in teaching Kinesiology classes for 1 year before heading back to Boulder to start her practice.

She became a Fellow in the International Academy of Acupuncture in 1999, and graduated from the Anchor Point Acupuncture School in 2002. Dr. Ray has studied functional nutrition and medicine for over 15 years and incorporates nutritional recommendations into most of her cases to help patients achieve optimal healing.

Being an avid athlete herself she has competed in the sports of skiing and tennis, and has helped many athletes in their athletic careers optimize their performance and avoid injury.

Call Us for An Appointment Today!!!

"Our daughter recommended Dr. Ray to us when we moved here 12 years ago. It would not be exaggerating to say that she has been a big contributor to our quality of life here. Not only are her chiropractic skills the best, she is exceptionally knowledgeable about medical issues in general, and is very willing to share that information. Her tips about issues have been invaluable over the years. I give her a lot of credit for keeping me agile at age 82."

"We don't know what we'd do without Red Dragon Chiropractic. Dr. Ray is, above all, knowledgeable, professional, intuitive, and thorough. Her expertise extends even into peripheral fields, such as nutrition and kinesiology. Without hesitation, she has extended sessions for each of us when necessary to relieve our discomfort. What's more, Dr. Ray and her assistant Casey are both consistently upbeat and personable. We always leave the office feeling much better in every way. We've known some excellent chiropractors over the years, but Dr. Ray is the best by far."

"I have been seeing Dr. Jane Ray since 1997 and over the years have recommended many other patients to her care. As a patient with scoliosis and many related problems, including a herniated disc, appropriate chiropractic care has been vital to my health. I have always found Dr. Ray to be helpful, effective, compassionate and supportive. When I’ve needed to do other things, she has firmly encouraged me to move on. Due to her urging, I have now spent 5 years doing Pilates and other exercise. Consequently, my overall health is improved and my back is much better. I highly recommend Dr. Jane – she’s the best!"

"Dr. Jane has always been professional, courteous, reliable and knowledgeable. She continually works diligently and patiently with even the most difficult injuries. I recommend her to anyone and everyone. Many thanks to her. Kudos!"

"If or when you need chiropractic or acupuncture treatment, you want a good doctor, right? I mean, if you find out you need a brain surgeon, you don’t want a bad one, right? Dr. Jane Ray is that person. Truly, the difference she has made in my whole body health, and my life, is phenomenal. She is knowledgeable (and shares that knowledge in a ‘just right’ for the situation way), caring, and trusted. Over the years I have been her patient, I have recommended many people to Dr. Jane and they all feel the same way I do: she makes a dramatic difference."

"If you are considering a Chiropractic/ Acupuncturist Physician... look no further. Doctor Jane is outstanding. Her knowledge and use of Eastern Medicine with proper nutrition is unsurpassed. For years I went from doctor to doctor, looking for relief muscular problems, digestive issues, neck, spine and lower back pain, migraines, arthritis and fatigue. She has treated me for all these issues and finally at 53, I am healthier now than I have ever been. Before you consider seeing a conventional Doctor, I would suggest you first call her office for a consultation. She treats many different medical issues and I know she can help you as much as she has helped me."

"I have been a patient of Dr. Jane Ray for six years. She has continually provided skillful, holistic and compassionate care to me in treating my back, arm and neck. I highly recommend her as a healer."

"I would like to say I have found Dr. Ray to be amazing !!!!!!!!! Have been going to Dr Ray for back, neck , shoulder and foot injuries each time thinking I would be in pain for a long time , after only a few treatments I felt better and a few more had been relieved of pain !!!!!!!! I highly recommend Dr. Ray because of her trust worthyness and fairness in both treatment and advice."